This quiz will be on the second 15 questions of GCE 2017 on History. History as important as it is, some people do neglect it even at the level of Education, but History is what makes us correct mistakes of the past made by some people especially government of your Country.

You will see that, in January 1960, French Cameroun gained independence as Cameroun or Cameroon, and Nigeria was set to gain independence later that year, raising the dilemma of what to do with the British territory. A plebiscite was agreed to and held on February 11, 1961, after some discussion (which had been going on since 1959). The Muslim-majority Northern region chose to join Nigeria, while the Southern part voted for joining Cameroon.

Question 17 is based on this photograph related to an important event which took place in the late 1950s in French Cameroon.

Which of the following statement is a correct historical interpretation of the event on the photograph given? 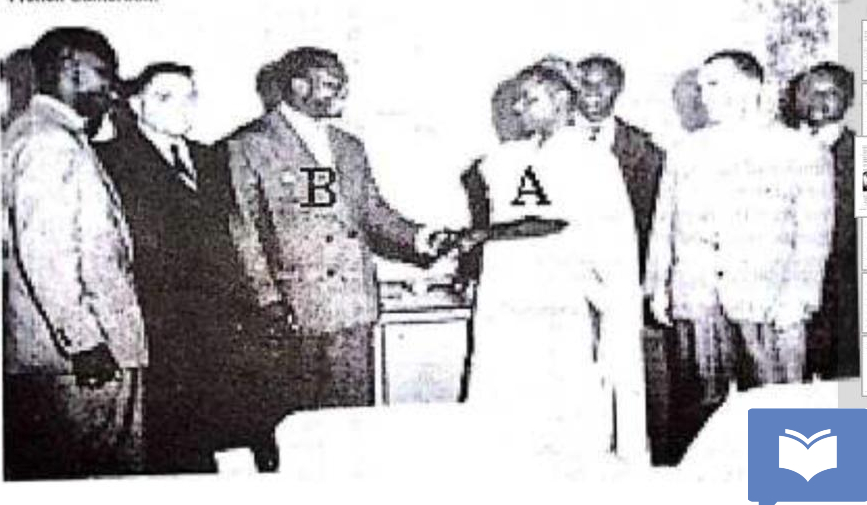 Who was the Southern Cameroon official that served as the leader of Government Business in the Executive Council in 1954?

''He was a co-founder of the trade union USCC became Secretary General of the UPC in the 1950s, a nationalist liberation fighter but was killed by the French in a military ambush ''

This statement refers  to which of the following UPC leaders?

The Foumban Conference was summoned to ____

Who succeeded J.N Foncha as the Prime Minister of West Cameroon in 1965?

Which of the following economic policies of President Ahmadou Ahidjo was intended to increase food and cash crop production in the 1970s?

In what year did Biya become the President of the Republic of Cameroon?

Which of the following Nigerian Presidents signed the Green Tree Agreement in New York, USA with President Paul Biya over Bakassi maritime border dispute in 2006?

The European leaders who convened the Berlin West Africa Conference were____

Which were the two strategic river basins in Africa that sparked off intense trade rivalries amongst the European colonial powers leading to the summoning of the Berlin West AFrican Conference to resolve the issue?