Combined quiz on energy, electricity, forces and the solar system

Combined quiz on energy electricity forces and the solar system

In this quiz, we will be looking at energy, electricity, forces and the solar system combined. Pract...
Try quiz

Hello guys and Welcome to gcequiz.com, an online revision platform that will ease your revision by providing you with hundreds of quizzes to answer. Today in this section, we are going throw more light on energy, forces, solar systems as well as electricity.

The solar system consist of a sun, orbited by planets and other heavenly bodies like asteroids and comets. The solar system consist of the sun, without which we would have no vegetation on Earth, as all planets need sunlight to live and grow. It is important to note that even though the sun appears to be yellow, the true color of the sun is white, it is made up of all colors of light such that when is emits them, they appear to be seen as many other different colors(The seven colors of light).

Energy with itself deals with the ability or the capacity to do work. We all require a certain amount of energy to go to school, to study, to play, etc. All these situations are usually governed by the conservation law of energy which states that, energy can neither be created nor destroyed but can only be changed from one form to another.  With the examples stated above about you playing, we will look at how energy is changes from one form to another. Upon playing, chemical energy in your stomach is converted to kinetic energy, which in turn is converted to heat energy as you feel warm after too much exercise. Other forms of energy include,
-Gravitational Potential energy
-Elastic potential energy
-Sound energy
-Nuclear energy and
-Light energy

Forces
Forces are what causes an object to move, stops an object from moving or change the direction of a moving object. So in Physics, a force is a push or a pull on an object which can cause an object to move,  stop an object from moving, as well as change the direction of motion of an object . We experiences forces in our day to day life even when you are just sitting and typing, or simply just sleeping. Some essential forces are
-Gravitational force
-Electrostatic force
-Nuclear force, and
-Frictional force, which are all examples of forces.

Electricity
Electricity in simple words is the flow of electric charges. Charge is a property of matter which causes it to experience a force when placed in an electromagnetic field. The two types of charges are positive charges and negative charges. The two types of electricity are
-Static electricity: which deals with charges which are not moving
-Current electricity: which deals with charges in motion.
This is a summary of each individual part of the quiz, For more GCSE physics quizzes, click here and also, for quizzes with exam standards from the GCSE with different difficulties levels click here  Gce Quiz - Test your knowledge online . questions ranging from 15-20 questions per quiz, select a quiz below and start testing your knowledge. 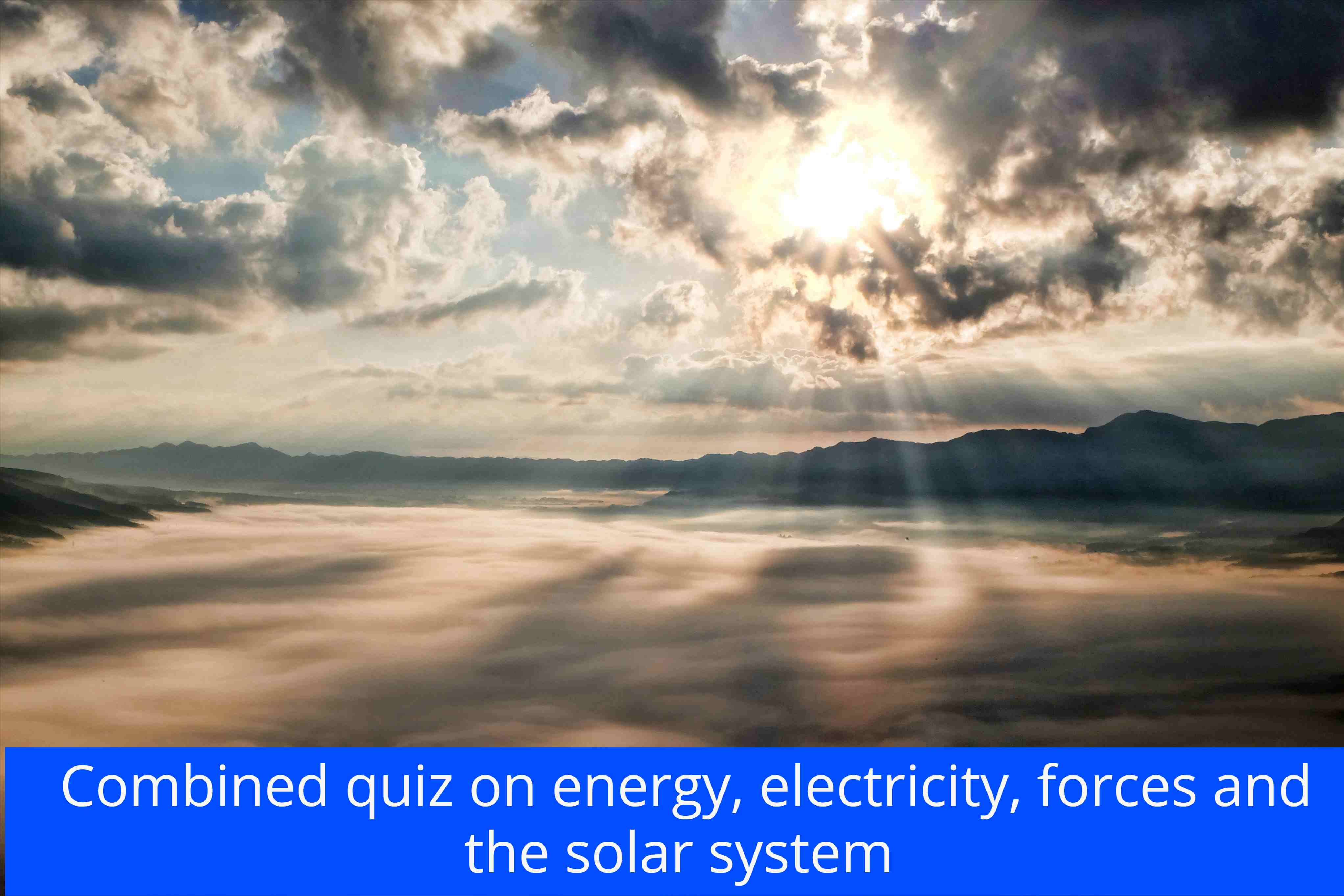