A level Waves Quiz. In physics, mathematics, and related fields, a wave is a propagating dynamic dis...
Try quiz

Revising A Level Waves with Quizzes

(Waves Quizzes for students doing the GCE A Level, GCSE and necta)

Waves is an aspect that is studied in Mathematics, Physics, Chemistry, Biology, Geography and so many other related fields but here we're going to talk about waves in physics. A wave is a disturbance that transfers energy from one point to another in a medium.

Based on the orientation of particle motion and direction of energy, there are two categories;

Mechanical waves, these waves need a material medium for their propagation (meaning that they can not travel through vacuum) and

Electromagnetic waves do not need a material medium for their propagation.

Under mechanical waves, we have two type namely longitudinal waves and transverse waves

Longitudinal waves: In this type of wave, the movement of the particles is parallel to the direction of motion of the energy and examples of longitudinal waves include sound waves.

Transverse waves: Here, the movement of the particles is at right angles or perpendicular to the direction of motion of the energy. Light waves are an example of transverse waves

In waves, we have some terms that we need to know to fully understand waves.

Displacement: This is the distance of any particle on the wave from the equilibrium position at any time

Amplitude: It is the maximum displacement from the equilibrium position.

Crest: The highest point of a wave is known as a crest

Trough: It is the lowest part of the wave.

Equilibrium position: At the point when the smooth is extended from start to finish and is held very still, it expects a characteristic position known as the balance or rest position.

Frequency: This is the quantity of complete wave motions acted in one second..

Period: It is time taken taken for one complete wave oscillation and it is also given by the reciprocal of frequency (1/frequency)

During exams, students are mostly evaluated in this section through written sessions and practicals. Written sessions include multiple-choice, short answers, and essay questions for students to demonstrate their comprehension of this concept. Click here for more entertaining quizzes.

In this platform you'll find relative ease in practicing for your exams. For more info and quizzes in other subjects, visit gcequiz.com. 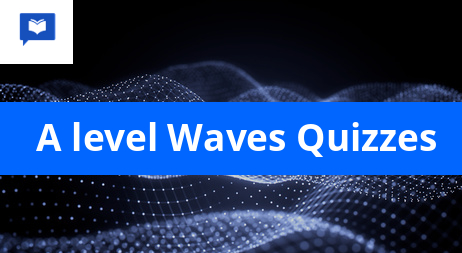