In this topic, we are going to look at light in general, a very essential necessity for life.  Light allows us to see the surrounding world by distinguishing details, individual colors, movement, brightness. It has a very big impact on a human in terms of the physiology and psyche. But light also has extremely important functions in relation to a lot of biological processes that occur in our body. So we are now going to throw more light on what light is really all about.

Light
Light is a form of electromagnetic radiation with a wavelength which can be detected well by the human eye. It is a small part of the electromagnetic spectrum and radiation given off by stars like the sun for an example. Light usually exists in tiny energy packets forms called photons. Each wave has a wavelength or frequency.

Light is  very important topic, which students studying for their A level, GCE and GCSE, are expected to know, it plays a key role in most of their exams. Below are some quizzes that will help test you on your knowledge as far as light is concerned, for more quizzes on physics, click here and don't forget to go to our official website, gcequiz.com for more quizzes on many different subjects. 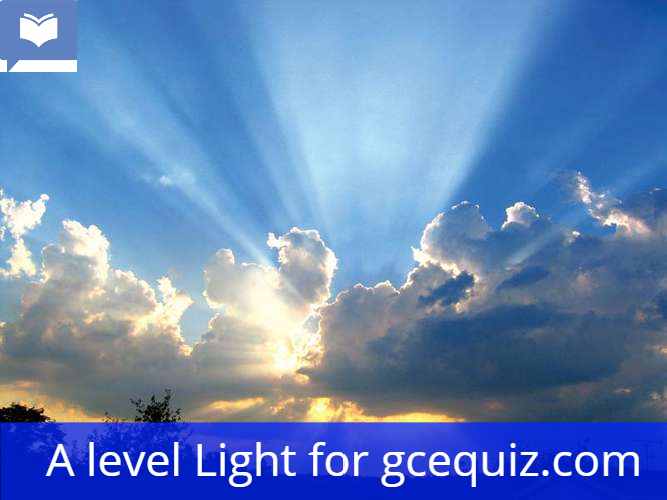