A level Forces and Their Effects Quizzes

Forces and their effects quiz

Forces are used in our day to day life, we use forces to move a stationary object or the object at rest, stop the motion of an object, change the size and shape of the object. and to change the direction of motion of an object. for examples, a footballer returning a kick back to the another player or breaking a ball, in each of these situations, a force is used.

Forces
A force is a push or pull upon an object resulting from the object's interaction with another different object. Whenever there is such an interaction between two objects, there is a force upon each of the objects. The SI unit of force is the N(newton), or Kgm/s^2. The forces that govern how objects or particles interact and how certain particles decay are known as fundamental forces .

Know that, fundamental force are also called fundamental interaction in physics. Any of these four basic forces gravitational, electromagnetic, strong, and weak that govern how objects or particles interact and how certain particles decay. All the known forces of nature can be described as these fundamental forces.  There are types of other forces which are,

Effects of forces
A force acting on an object can cause the object to change its shape, can cause an object to start moving, can stop an object from moving, and can also accelerate or decelerate. When two or more objects interact with each other they exert force(s) on each other,and  these forces are equal in size but opposite in direction.

Forces are a very important and are usually involved in past GCE, GCSE and other public exams. So it is therefore very important to take the topic seriously because it is very fertile, and most questions can be set from there, the quizzes below will help test your knowledge of the topic. For more Physics quizzes, click here. Not to forget, please visit our official website for more quizzes in maths, and other science subjects at gcequiz.com. 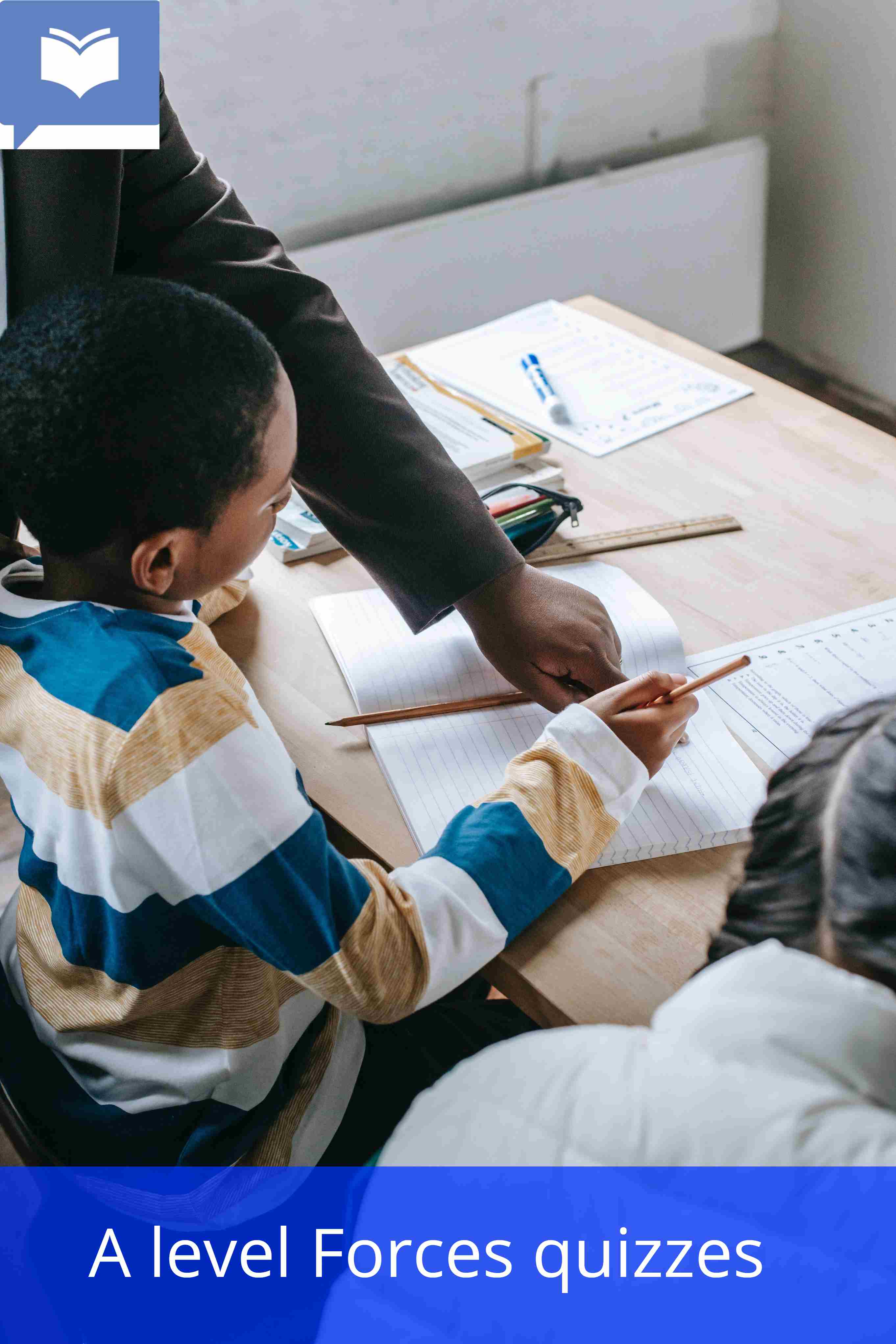